Finding happiness is one of life's most important pursuits. I want more than anything for you to find your own happiness in whatever way makes sense for you. I've spent quite a bit of time reflecting on my own life and what has been crucial for creating a life full of it and I hope to share everything I've learned with you.

Today I wanted to specifically share a bit about one aspect of the science of happiness and one of the important chemicals, dopamine, that we've come to understand plays a big role in our day to day happiness.

Dopamine is a chemical produced by our brains that when released makes us feel pleasure. It's released in our brain whenever we get or expect to get a reward. So many different kinds of real-life rewards result in the release of dopamine: having a delicious meal, enjoying a glass of wine, the warm sand between our toes on a vacation, going on a long run, having sex, being praised by a colleague, a promotion at work, and so much more.

The pleasure associated with dopamine is strong and addictive and will ultimately motivate your actions, often unconsciously, to seek out more of the rewards in the hopes of ever more pleasure.

The challenge is that not all sources of dopamine are great for us. Drugs and alcohol, for example, are huge producers of dopamine, but can result in drug abuse and addiction that can trouble you for life.

What's been fascinating is that we've now come to realize that the digital world can produce dopamine hits that aren't great for us either. Social media is one of the biggest offenders, whether it's Facebook, Instagram, Snap, or whatever the kids are using in your day and age. When we scroll through our feeds and find an interesting story, we get a bit of a dopamine hit. But then we keep coming back and checking our feeds endlessly just in case we might come across something else that's interesting. Email and Slack in the workplace can have a similar effect. Anytime we see a new email come in, we often reactively check it to see if it's something interesting. More often than not it's not, but the chance of a potential reward keeps us coming back and checking it constantly.

In the modern day there are a thousands of these little distractions, all promising small amounts of dopamine, that can ultimately leave us feeling needlessly anxious and unsatisfied. Yet even the small dopamine hits we get from these activities keep us coming back for more.

Some folks are beginning to fight back against this, with emerging discourse on the value of meditation, mindfulness, and trying to escape the unfulfilling hedonic treadmill of constantly seeking greater and greater rewards by cultivating a sort of non-attachment to the rewards in the first place. I've experimented with mindfulness myself and found a bit of relief in it. But there's a far simpler framework that I've personally adopted to help me navigate this dopamine-driven reward feedback loop.

The way I think about dopamine is just like nutrition. There are various sources of dopamine just like there are various sources of calories. But it turns out the quality of those calories matter a lot. There are a lot of "empty calories" out there that we know are terrible for us: sugar, fast food, and more. So we know we need to be mindful about where our calories come from.

The exact same thing is true for dopamine. I think it's entirely unrealistic to expect to live a life of non-attachment and avoid all sources of dopamine. But instead we should choose our dopamine hits wisely. We can pick which sources of dopamine we allow ourselves to indulge in just as we do the calories we choose to eat. And by doing so, guide our reward feedback loop to far superior sources of pleasure and ultimately happiness.

Over the last few years I've worked hard to design my own dopamine diet to maximize pleasure derived from high quality sources. It all started with the realization that the time I was spending on Facebook, Twitter, and Instagram was about as unproductive and unfulfilling of a use of time as it got, yet somehow I was being drawn to all three on a daily basis. To make a change I banished Instagram from my home screen to avoid the temptation. I got myself to check Facebook only once in the mornings as well. Twitter was a more complicated beast, because it has been such a powerful tool for my career, both in terms of acquiring new knowledge and expertise from thought leaders in my industry as well as building and growing my own professional reputation. Yet mindlessly scrolling through my Twitter feed was still largely an unfulfilling waste of time. So I decided to change the way I consumed and leveraged Twitter. I now use a great app called Nuzzel which reads my Twitter feed for me and gives me a summary of the top shared articles amongst those I'm following. This way I get the knowledge acquisition benefit of Twitter without actually having to scroll through my feed. I then post interesting commentary on the articles I read and engage in conversations with others about them. This more limited use of Twitter allowed me to focus on the valuable parts without all the constant checking and cost.

I ultimately made a similar change in my professional behavior, only checking email about three times a day instead of constantly when a new message comes in to reduce the distraction. I did this by removing all inbox notifications from my phone and desktop. But the other professional change I made was more interesting: instead of just reducing dopamine-driven distractions, I thought maybe I could take advantage of the reward feedback loop to create an engaging experience that was actually productive instead of distracting. I ultimately created what I call the feedback river: an automated Slack channel that is constantly pushed interesting insights about Notejoy's customers: new subscribers, reasons for canceling accounts, help search queries, tweets mentioning the product, NPS results and feedback, and much more. This way when I'm stuck in the Starbucks line, instead of pulling up Twitter or Facebook, I could scroll through the feedback river and learn something insightful about our customers. Since it was updating in real-time all day long, I could tap in 5 times throughout the day and learn something fascinating. And thereby hack the dopamine loop to motivate me to do a far more fulfilling activity.

As I reflected more deeply on the sources of my dopamine hits, I realized that consumption-driven experiences were far from the best. When I say consumption, I'm referring to any activity where you're consuming something. Consuming media on Twitter, Facebook, Snap, or even Netflix and HBO, and the news. Watching a movie. Consuming email or Slack messages at work. Consuming a delicious meal or beverage. All of these are consumption experiences. In stark contrast to consumption is creation experiences. Building something with your own two hands. I came to realize that anytime I got in a state where I was consuming far more than I was creating, I found myself far less happy and satisfied. And that focusing my dopamine hits on creation was a far better way to derive happiness. For me there are two primary forms of creation that I love. The first is building software products. It's what I've done throughout my career and still love to today. I derive pleasure from the very act of creation such as solving a hard coding problem or coming up with an innovative design. But I derive even more pleasure from customers sharing how software I helped create improved their lives in a meaningful way. The second form of creation I love is writing. I've been publicly blogging for over ten years, sharing everything I've learned about my profession, about career optimization, and more. Publishing a new piece and following the collective reaction to it is such an incredible source of dopamine hits for me. I think it's so important to find something you love to create. It doesn't matter what it is specifically or whether it's part of your profession or just a hobby. Be it writing, art, music, cooking, woodworking, gardening, beer making, or something else entirely. But there is nothing quite like the joy associated with being a creator.

Sometimes previous sources of dopamine no longer become available to you. The new low sodium diet I was forced to adopt because of a medical condition unfortunately destroyed the food I previously derived so much pleasure from. But I was ultimately able to replace it with a far higher quality source: exercise. While it took me a while to get to this point, I now totally understand and appreciate the runner's high. The way I feel after a run is just incredible. The way it makes my lungs feel. The endorphins. The accomplishment of achieving new personal records. I am quite literally addicted to exercise which I couldn't have imagined earlier in my life. I hope you can find your own exercise addiction as well.

I ultimately realized the very best dopamine hit for me was one that was difficult to produce yet so satisfying. I think it stems from some impactful experiences I had in my youth. I absolutely loved a few of my high school teachers. What was amazing about them wasn't just that they were energetic and were great at teaching, but they went well beyond teaching and actually inspired me to love learning, to love certain subjects, to want to pursue certain careers. At one point I wanted to be a teacher so I could give back to others in a similar way. While I never pursued that route, I have found ways throughout my life to inspire others. And I can't tell you just how incredible it feels when someone tells you that you personally inspired them. I keep a list of every time someone has told me this and seek to find new ways to inspire others. Because for me personally, it's the greatest dopamine hit of all.

Zoe - While we can't escape our biology and the dopamine-driven chemical pathways that make us human, we do get to decide which dopamine hits we allow ourselves to indulge in. So choose wisely. 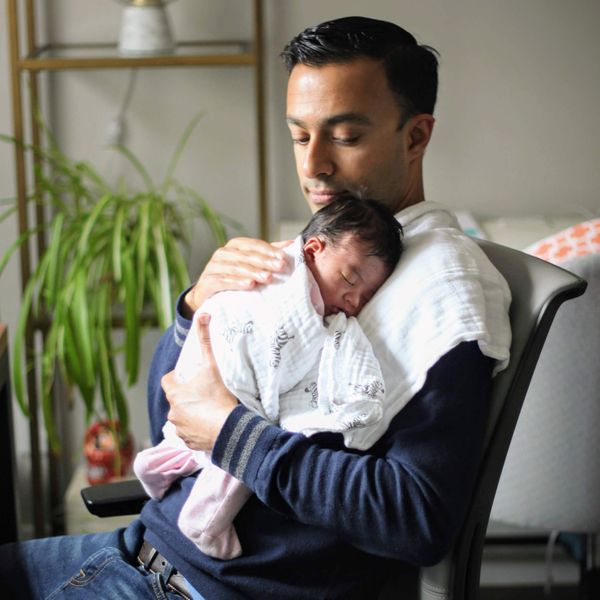 Dear Zoe, Your mom and I spent an incredible amount of time debating whether or not to have you. We discussed the pros and cons of having a child, we had in-depth conversations

Dear Zoe, On Saturday, we celebrated the news of your upcoming arrival with a baby shower thrown by your Aunties Flo and Kathy. As I gazed around the room at all of our

Letters to Zoe
—
Choose your dopamine hits wisely
Share this